Mizoram Science, Technology & Innovation Council (MISTIC), Directorate of Science & Technology, Govt. of Mizoram organised Science Exposure Tour during 18th to 21st November 2019. The tour was conducted for science students of Class XI within Mizoram. The objective of the tour was to promote an innovative thinking amongst young student and to inculcate the importance of science and technology particularly for the students in rural areas. The tour was flagged off by Dr. R.K. Lallianthanga, Chief Scientific Officer & Member Secretary, MISTIC on 18th November, 2019 after a brief function at the Conference Room, Directorate of Science & Technology. 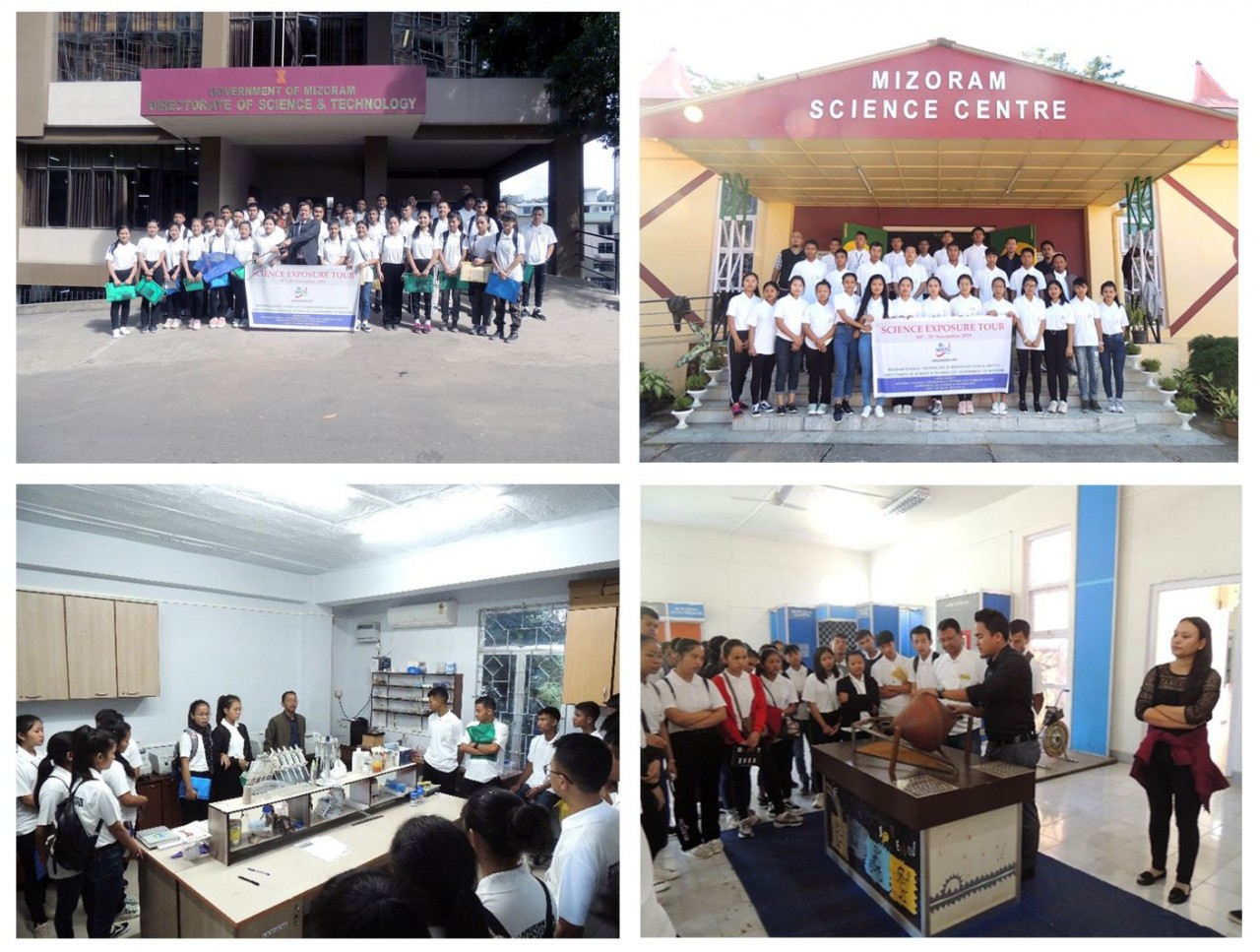 The following institutions were visited during the tour:

The valedictory function of the tour was held at Youth Hostel Conference Hall, Luangmual. The function was presided over by Mr. PC Lalngilneia, Scientific Officer and Mr. Samuel Lalmalsawma, Senior Scientific Officer gave a brief speech on activities of S&T in Mizoram. A report of the tour was given by Mr. Joel Lalbiakkima, Scientific Officer. Feedbacks were given by students and teachers who emphasised on the importance of the tour for career guidance as well as exposure for further studies and stated that such programme should be held every year. Participation certificate was distributed to each student. The function ended with a vote of thanks by the chairman and was followed by a grand dinner.